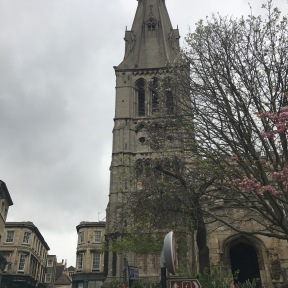 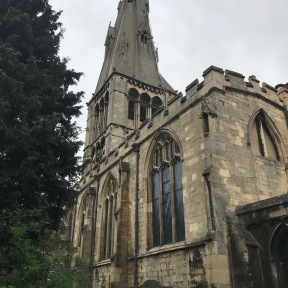 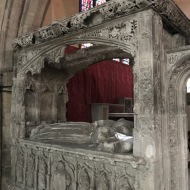 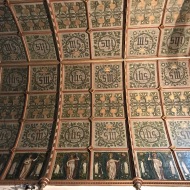 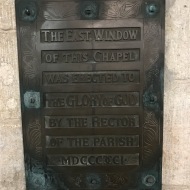 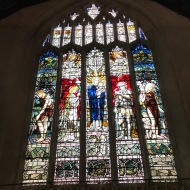 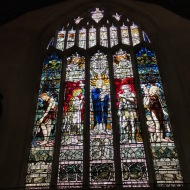 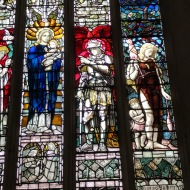 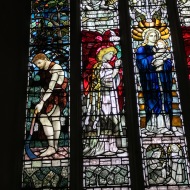 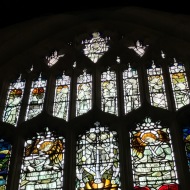 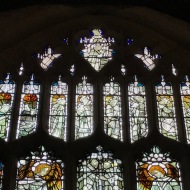 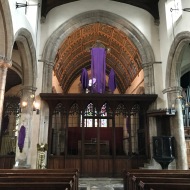 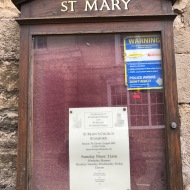 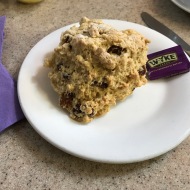 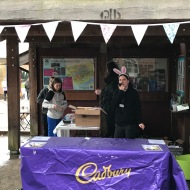 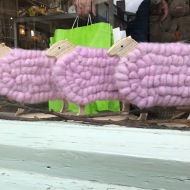 Whall designed the Lady Chapel East window in 1891. This was Whall’s first independent commission and was given to him by John Dando Sedding. Whall described the window as “the foundation and beginning of everything”. Indeed Whall designed and made the window, with the help of one assistant, in a cowshed at Stonebridge, near Dorking in Surrey which Whall was using as a workshop. Meticulous preparation was said to have gone into producing the window, including the making of a suit of armour for the St Michael figure from papier-mâché – which his assistant had to wear! The window shows Adam and Eve in the outer main lights flanking Gabriel and St Michael with the Virgin & Child in the centre light. The tracery lights are based on the Mysteries of the Rosary. At the apex of the tracery is the Coronation of the Virgin. The firing and glazing were carried out by Britten & Gilson. The image in gallery below is shown courtesy Peter Jones. In The Buildings of England: Lincolnshire by Nikolaus Pevsner and John Harris they say of this window “in a style derived from the Pre-Raphaelites but more hard edged and Impressionist”. There is a second window dating to 1893 in the North side of the Lady Chapel this completed jointly with Louis Davis. (List of works by Christopher Whall)

“Listen, God love everything you love – and a mess of stuff you don’t. But more than anything. God loves admiration.”
You saying God vain? I ast.
Naw, she say. Not vain, just wanting to share a good thing. I think it pisses God off if you walk by the colour purple in a field somewhere and don’t notice it.”  (Alice Walker, The Color Purple)

(Thanks to John Smith for all his help and insight on the Christopher Whall window.)